Or has a crime been committed? Unable to resist a puzzle, Dorothy determines to find out. When Dorothy Martin and her husband, retired police detective Alan Nesbitt, decide to visit the beautiful island of Alderney in the English Channel, they hope for a pleasant, peaceful holiday. It's not to be.

Taking a walk on their very first day, they discover a body, apparently the victim of an unfortunate accident, on a precipitous hill path. The dead man, they learn, is an American named Abercrombie who had made himself both loved and hated during his few weeks on the island. Although there is no concrete evidence of foul play, both Dorothy and Alan are uneasy about the death and decide to delve further.

Author's note. Dorothy Martin goes to France, worried because her French is rudimentary at best. It isn't only the language barrier, however, that embroils her in one mystery after another. At the tourist Mecca of Mont-Saint-Michel, she meets several people with various reasons for visiting the Mont, all of them probably lies. It seems possible, though, that the thread running through the stories has to do with a monk, Peter Abelard, dead since the twelfth century. It takes the ability to "think outside the box" for Dorothy and Alan to untangle this one.

Dorothy Martin and her husband meet, in Sherebury, a wealthy Muslim family traveling in England and visiting the Cathedral, and are charmed by their courtesy, their perfect English, the delightful children, and the parents' ardent commitment to peace. After attending a concert at the Cathedral, the parents are nowhere to be found, though the children are still asleep at the Rose and Crown inn.

Possible scenarios include kidnapping, terrorism, even murder—nothing good. Tensions escalate when the boy Rahim, age eleven, also disappears. Recent terrorist activity in England has raised anxieties about Muslims, and Dorothy and Alan feel compelled to join their efforts to those of the police and MI5 to find and help their new friends.

Dorothy Martin's husband Alan decides to treat ex-pat Dorothy to a "tour" of some of England's more interesting peculiarities: the titles like "Black Rod" that Americans often find incomprehensible and hilarious; the rituals like "swan upping," the elaborate parade to honor the Lord Mayor of London, a non-elected, unpaid dignitary with no official duties or authority.

When they are invited to another ceremony, a christening involving for no good reason that Dorothy can discern a historic dagger, their role as god-parents is threatened by the disappearance of the dagger. Then it is apparently found in someone's back, and all Dorothy and Alan's detective skills are required to prevent a series of tragedies.

The Dorothy Martin Series Most of the older books are now out of print, though I have copies of a couple of them available for sale, and all can be found online. The Body in the Transept My first book, my first-born child! Trouble in the Town Hall Dorothy uncovers chicanery in high places while trying to organize repairs to her four-hundred-year-old house.

Holy Terror in the Hebrides On trip to the Isle of Iona, Dorothy finds tempest and tragedy instead of the serenity she had been led to expect. Malice in Miniature Dorothy discovers the world of dollhouses and rabid collectors and narrowly escapes murder herself. The Victim in Victoria Station A young man in a train falls into conversation with Dorothy—and is dead by the time the train rolls into London.

Killing Cassidy Dorothy receives a small bequest from a man she knew back in Indiana, on the condition that she come back home to collect it.

Thanks to an infuriating delay near Oxted, I was already nearly an hour late for my doctor's appointment, and I'd be later still by the time I finally reached Harley Street. I could get myself out of the train quickly enough — there was only one other person in the car — but the taxi stand at Victoria Station is a long way from the trains, and I was, by doctor's orders, moving cautiously these days.

By the time I made it to the taxis, there'd be a long waiting line. I stuffed my collapsible umbrella into my purse and glowered at my cane. Drat the thing, anyway! It refused to hook over anything, slithered down into people's way every time I sat down, and made me look like an old woman.

Surely I could dispense with it before long? The break in my leg had been somewhat nasty, but it had happened months ago. Oh, the doctor had made long faces and produced irritating comments about the body healing more slowly "at your age," but a pox on that! I felt about thirty-five; shouldn't that count for something? This was to be my last appointment with the specialist.

I hoped he'd tell me I could now do anything I wanted, especially including running for cabs. As the train lurched to a stop, I had a sudden thought. The nice young man across the aisle, who was now slumbering peacefully, had offered earlier to share the car that was coming to meet him. I had declined, but perhaps, after all, I'd take him up on it. A friendly person who had admired my hat, he'd seemed perfectly harmless.

I hated to wake him, though. I had gone for a cup of coffee about a half hour before, more for something to do than because I had any great desire for railway coffee, and he'd been asleep when I'd come back from the buffet car. I looked at him now, frowning with indecision.

His own coffee cup, fortunately empty, had rolled off the tiny tray table with that last lurch, and his head lolled against the headrest. He looked very uncomfortable. What should I do? I didn't really know him, after all, but he was a fellow American, and we'd chatted pleasantly on the ridiculously protracted journey. He'd said he was still suffering from jet lag after only two days in England, so I could understand his sleepiness, but he was as much overdue for his commitments as I was for mine.

I decided it would be a kindness to serve as his alarm clock. I tapped him on the shoulder. Something Irish, I was sure. We'd talked about that.

This was his first trip to the U. Riley, was it? No, something less common than those, but it wasn't coming to me. His first name I did remember. We're here, finally. We're in London. Bill, wake up! His head rolled to the side, and his shoulder and torso followed, slumping against me.

I suppressed a yelp and tried to move him. He was unresponsive, a deadweight.


Suddenly there didn't seem to be quite enough air in my lungs. I reached with one hand for the handgrip on the back of a seat, and with the other put two fingers under Bill's collar.

1. The Body in the Transept

The flesh was warm, but I could feel no pulse. I gulped and tried to take deep breaths. I looked back, with infinite relief. Someone had come through from the next car. The man trying to get up the aisle looked, in his dark suit and hat, extremely respectable, a help in time of trouble. I was just talking to him a little while ago, and it seems impossible, but I think he's — dead. Even better!

I moved carefully out of the way, trying to keep the pathetic thing that had been Bill from sliding farther out of its seat.

I didn't quite like to leave, though I was by this time pretty sure Bill was beyond any help we could provide. It took Respectable no more than a few seconds to come to the same conclusion. He looked at me blankly. He was a nice man; I can hardly believe —". Maybe he was a dermatologist, or a chiropodist, or something. Maybe I'd better stop chasing irrelevancies and think what to do. 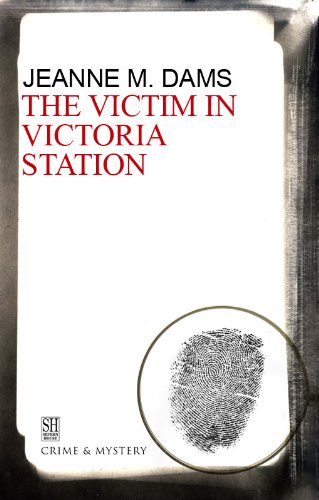 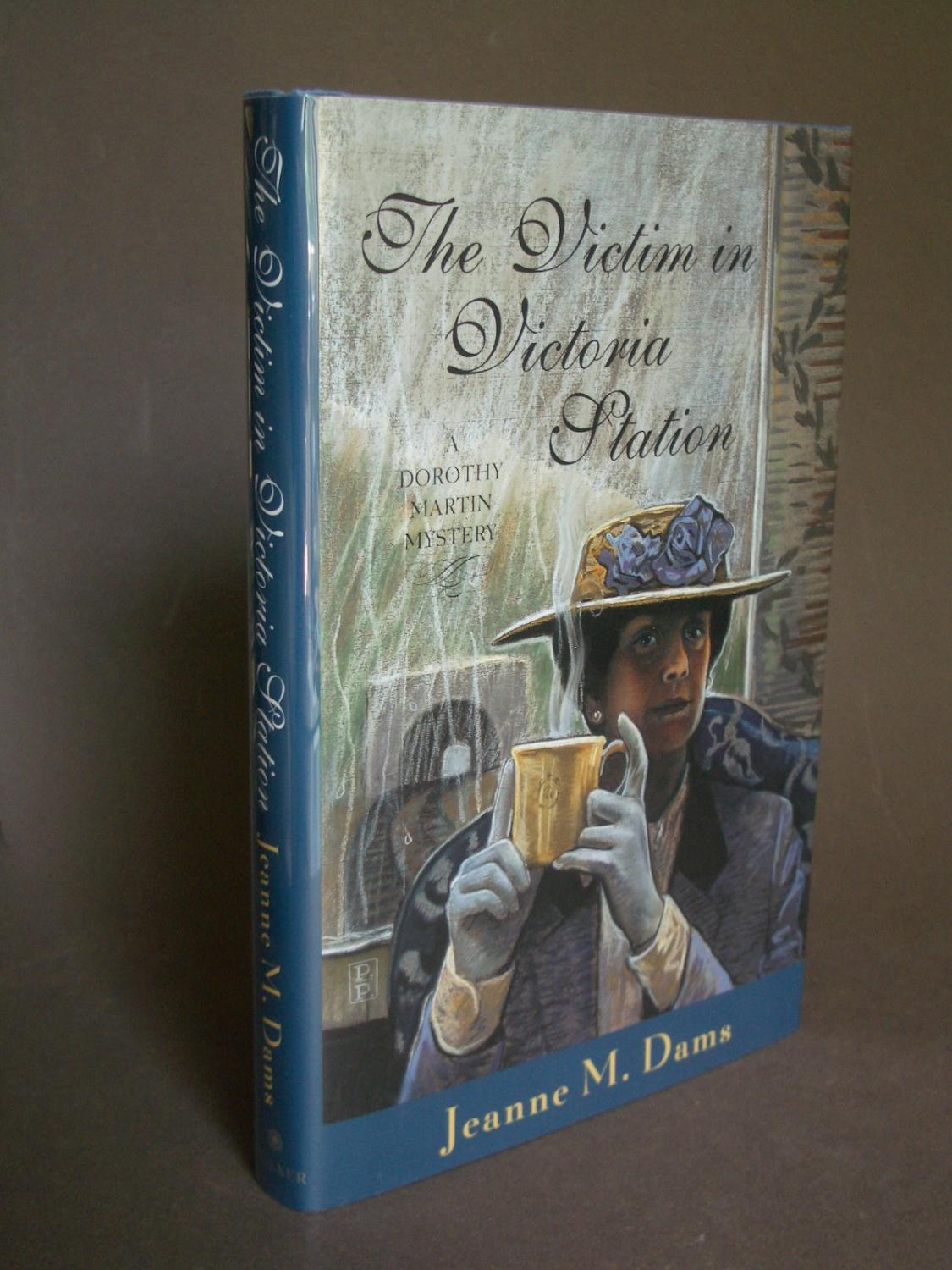 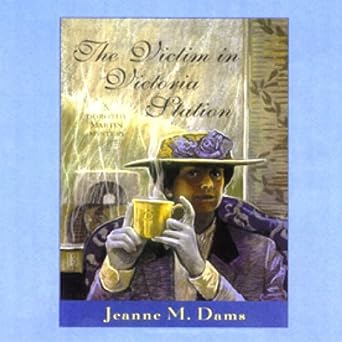 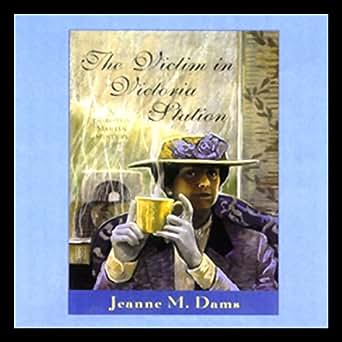 Related The Victim in Victoria Station (A Dorothy Martin Mystery)